Seasons, Temperatures and the best time to visit Kruger

When is the best time to visit the Kruger Park ?

Q: So when is the best time to go on a Kruger Park Safari ?

The best time for Game-viewing in the Kruger Park is during the winter months but for the visitor who prefers lush green vegetation, birding, reptiles as well as insect life then the summer months.

Q: When is the Best time to visit the Kruger Park?

The warm sub tropical climate of the Kruger National Park makes it an all year round destination to visit. Whichever season you choose to visit the subtle temperature adjustments make it enjoyable all year round.

Q: When is the best Game Viewing in the Kruger National Park?

One must always remember that there are no guarantees when it comes to seeing certain game species in the Park. Seasons are important as they do effect the vegetation and for that reason game viewing can be at its best during the dry winters months. With less vegetation there is greater visibility and guests are able to see deeper into the savannah. Also with less water in the bush and fewer running rivers and streams the game will regularly visit the same waterholes, which enhances sightings. As an alternative the summer months create lush green vegetation that flowers and produces a beautiful green blanket that covers the savannah. During the summer the Kruger Parks bird life explodes with all its migrants returning providing guests with just over 500 bird species to find. The summer months also see an increase in reptile activity as well as insect life. Summer in the Kruger Park is a period of abundant life.

The different seasons in the Kruger National Park

Kruger National Park climate is predominantly a hot, sub-tropical climate with an average year round temperature of above 22 ° C.

Summer in the Kruger Park is generally between October and March and is regarded as the rainy season with an average rainfall of 450ml. The combination of its rainfall and average temperature make this time of year humid with daily highs above 40° C recorded. The rain does affecting the game sightings and on overcast days with rain it’s sometimes harder to view game.

Summer in the Kruger Park is a time of abundant new life with many of the mammals producing their new-borns and in particular the Impala. Seeing this new life is very exciting and also provides predators with an abundant food source creating the possibilities of seeing a kill.

Travelling to the Kruger Park in summer

Travelling to the Kruger Park in winter

There is no doubt that a Kruger Park Safari during the winter months between May and August are the best months in the Kruger National Park for observing its Big 5 and other mammal species.

With the lack of rain and reduced availability of water, the plant vegetation is not as abundant making the savannah less dense and providing greater visibility. During the winter months in the Kruger Park, water is isolated and game frequent to annual water sources increasing the opportunity to see more species. Kruger Park temperatures during the winter are very pleasant but the mornings and evenings can be cool with lows reaching 5°C. Midday Winter temperatures in the Kruger Park can average around 18°C so its important to pack warm clothing. The best way to see the Kruger Park is on an Open Safari Vehicle by Safaria and we recommend that during the winter month’s guests ensure that have very warm jackets and headgear.

Q: What are the Kruger National Park Seasonal Temperatures

The Kruger National Park forms part of an extensive Savannah Biome, which is predominantly Sub-Tropical with high temperatures in summer and greater rainfall.

January to March still sees patches of rainfall but this reduces towards the end of March into April. This is the end of the summer season but malaria is still present and guests are advised to take precaution.

April: Autumn in the Kruger Park

Autumn in the Kruger Park is period of transformation and guests will start to see a change in vegetation with shades of red and orange starting to appear. The average temperatures begin to cool with early morning and evening staring to get cooler.

May to June: Winter Begins

The beginning of May sees the onset of winter in the Kruger Park and begins the season of cooler temperatures. The early morning and evening temperatures are notably cooler and the effect on the vegetation is evident with many plants Turing yellow brown and starting to loose their leaves. During this period there generally no rain experienced but with the changing in global climates we are starting to see occasional showers. It’s a period to ensure that warm clothing is packed.

July to August: Middle of Winter in the Kruger Park

June and July are considered to be the middle of winter with the cool temperatures and lack of rain extending into August. This is a dry period in the Kruger National Park with traditionally no rain occurring and guests experiencing the lowest temperatures. At this time of year the game sightings are abundant with greater visibility allowing guests to see deeper into the bush. Water is at lowest in the savannah and dams and water points with water provide a hive of activity. This time of year sees many of the predators denning and giving birth in anticipation of the calving season in November and December.

September to October: Spring in the Kruger Park

Springtime brings with it an explosion of new life. At the end of the dry season between September and October the savannah is brown and dry with limited grassland cover and naked trees. As the savannah starts to warm it attracts large cumulus clouds and the rains begins to fall mid to end of October bringing with it a cacophony of sound as new life erupts. Water brings life and new sustenance and guests start to see the first migrant birds return.

November and December: Summer in the Kruger Park

November heralds the hot African summer days and nights. This time of year can be very hot with high humidity and regular rain. December is the rainy season and attracts afternoon thunderstorms or days of slow rain and drizzle. This is a wonderful period for new-borns and many of the antelope give birth to their young. This is also regarded as the Malaria season and victors must take precautions. 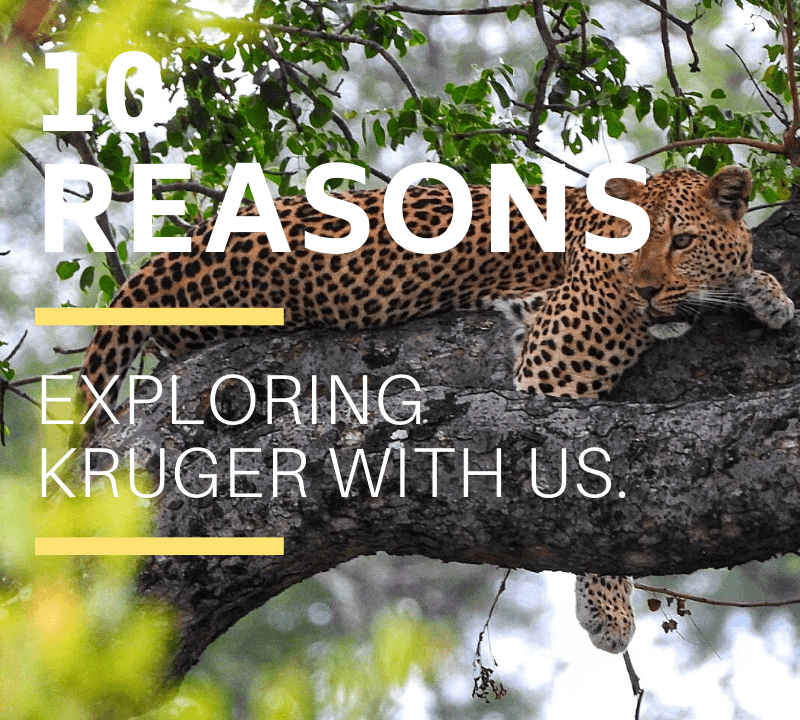 10 reasons to visit the Kruger National Park with Safaria 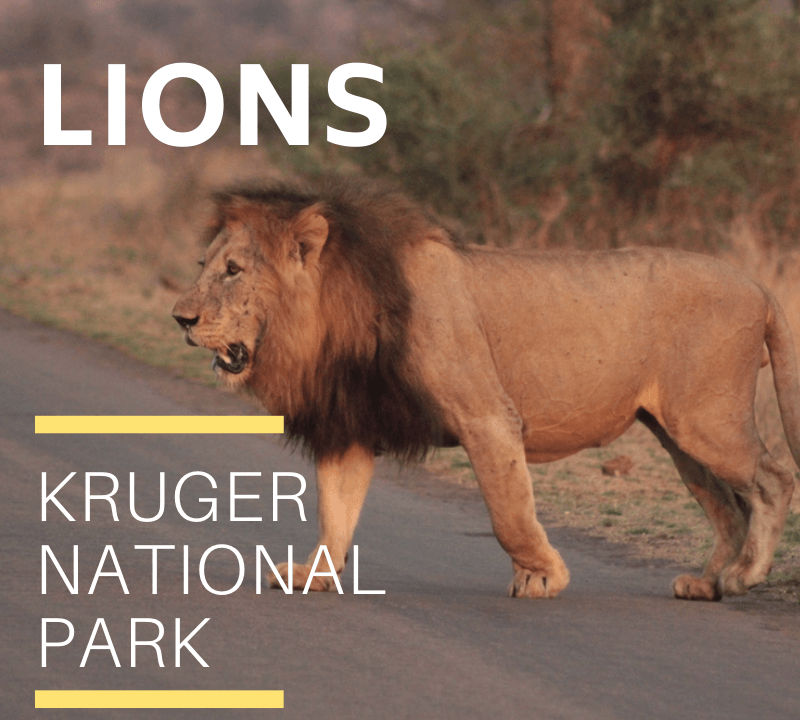 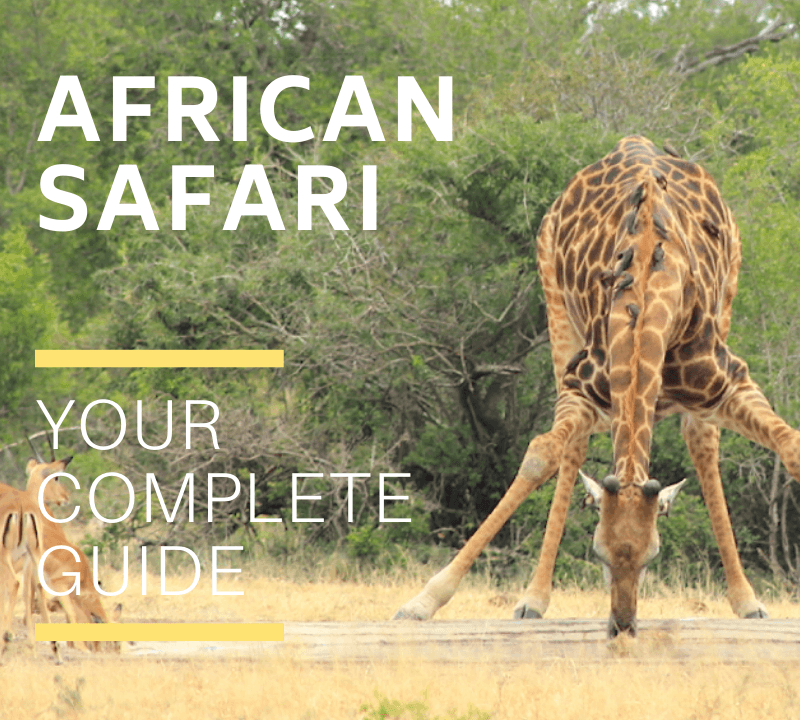