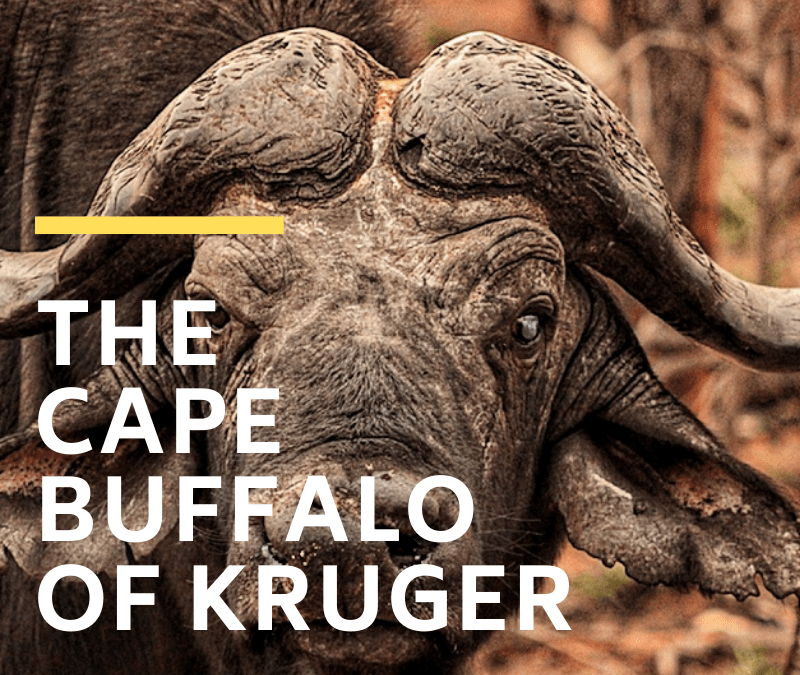 A Background and General Overview

The formidable Cape buffalo may not be very tall species but still it stands in between 1,40–160 cm at the shoulder and has relatively short ye strong legs. What it lacks in height t certainly makes up in weight with females ranging between 550–750 kg and the Bulls between 700 and 850kg roughly a 100 kg (220 pounds) heavier than cows. Both sexes have a solid mass of bone and keratin develop on the head in the form of a dense crown of horns. The Bulls horns are thicker and wider, up to 110 cm across, with a dense broad shield (which is fully developed from 7 years of age) covering the top of the forehead. The females who are less dependant on their horns for fighting and visual presence have a more subtle set that is less dense and thinner at the base. Their jest black coat is thin and develops from a coffee brown colour as a young calf into a dark black coat on maturity from about 2 years of age. As a result of their black coat, Buffalo are susceptible to a wide variety of parasite that are attracted to the dark humid under belly.

As one of the most successful ruminants in Africa, the Cape Buffalo as established itself across the continent being found in all types of grassland habitat throughout sub-Saharan Africa. In the 18th Century, Buffaloes were considered to to be the most abundant ungulate species to occur south of the Zambezi River. From early adventurers and hunters such as W. Cornwallis-Harris we have insights that suggest the Buffalo represented a near living black wall of ungulates thats stretched across the east coast of southern-Africa all the way down to the Cape Colony. The renowned big game hunter Frederick Courtney Selous archived in his journals that right up until the 19th century, Buffalo were more common across the sub-tropical African savanna than any other species including that of the Springbok.

In southern Africa, buffaloes occupy, or once occupied, a wide variety of habitats from the riverine valleys to lowland forest and afro-montane escarpments, from marshes to dry savanna woodlands and vast grasslands. This species could be found anywhere expect environments where shade, water and grazing were not met. In short, any environment that could support “general cattle” would have been able to support buffaloes until such time that indiscriminate hunting decimated their population numbers.

With an immune system that is tolerant of many diseases which effect your typical domestic cattle in Africa, (in particular bovine sleeping sickness, also know as nagana) which is transmitted by the tsetse fly, this species faced near extinction with an estimated 95%  being wiped out at the hand of the great Rinderpest epizootic during the early 19th century. It is documented that during the late 1890’s and up to about 1905, a rinderpest plague swept the African continent along the East coast from Ethiopia right down to the Cape of Good Hope killing possibly 5 million Cape Buffalo as well as many other antelope species. Although Cape Buffalo populations have recovered over the last 100 years, they have continued to suffer from periodic outbreaks of rinderpest, foot-and-mouth, and most notably BTB – Bovine Tuberculosis having a severe knock on effect with similar bulk grazing species as well as the Lions who hunt them. 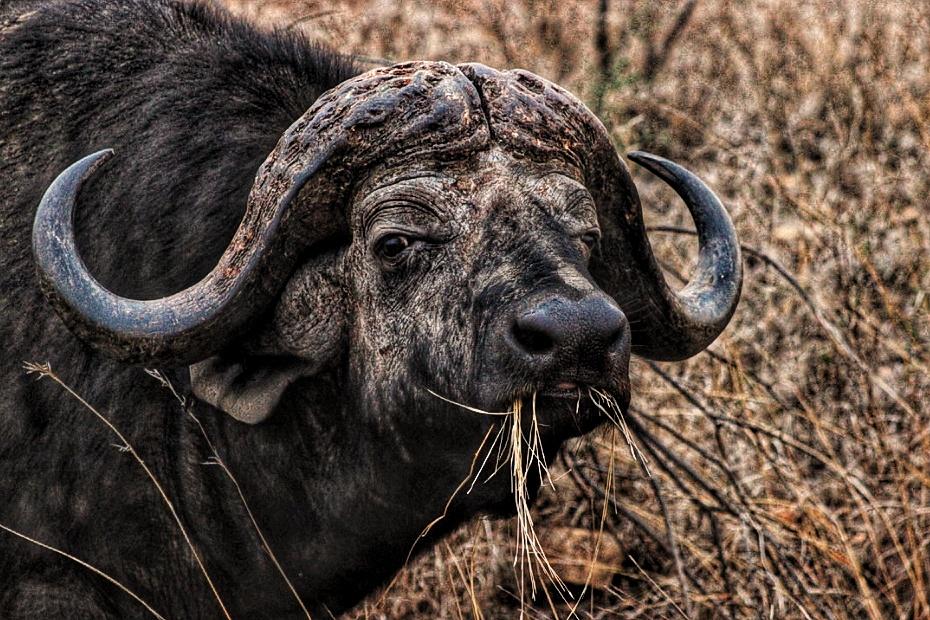 An old Buffalo Bull in the Kruger National Park© Safaria

The Origin of the name

The word “buffalo” comes from the Latin word buffalus which is derived from the Greek word boubalos meaning the gazelle. The scientific name Syncerus means “with horns” which is probably a representation of both the male and female being in the presence of horns.

Buffalo are of course herbivores and ruminants that favour grass. They feed on both short and long grass but prefer the tall grasses which they find easy to process and digest. Being a a large mega-ruminant they have the ability to process the more fibrous varieties of savanna grasses (up to 100cm in length) which the smaller ruminant species to not eat. Buffalo are non-territorial species instead inhabiting clearly defined home ranges of 250 to 500 square kilometers in the Kruger National Park. Large herds move through their home ranges on a seasonal cyclic route and their grazing and trampling of the grasses providing rapid seed dispersal and plant regrowth that encourages repeated foraging. The constant traversing across these ranges brings about changes that are directly influenced by topography, soil types and rainfall. The combination of these create a mosaic of different savanna systems which over time determines the movements of this herding species.

Buffalo graze up to and around 10hrs of the day and spending the remaining period resting and ruminating (chewing the cud). A cow of 500kg eats on average 18kg of matter per day whilst a large bull can eat 25kg per day.

Buffalo drink regularly as their diet consist of dry grasses that require a lot of saliva to process and chew down. They can drink 30 – 40 litres of water per day or within a 36 hour period.

Which Buffalo senses are most developed ?

Buffalo have an excellent sense of smell with a less developed sense of hearing. Eye sight is partial and they have a fairly shallow range of view and often will come up close to inspect an object of interest. In the Kruger National Park, Buffalo are prone to cataract and is a fairly common condition found in old bulls and cows.

Are Buffalo are Ruminants ?

Yes. This means that they too have a four-chambered stomach and chew the cud just like a cow. They swallow food that is grazed and later will sit to further ruminate the partially digested bolus of grass. The Buffalo will regurgitate the bolus from the rumen and then continue to chew it so as to break down the grass further and extract maximum nutrient value. The grass will flow from the rumen to the reticulum then onto the omasum and abomasum. This is a slow process in comparison to the alternative method of Hind-gut fermentation. Ruminants are easy to pick out by their dung as its very fine in texture as a result fo all the chewing.

Why do Buffalo love a Mud Bath ?

Its common in the Kruger National Park to find Buffalo of all ages and sizes wallowing in a muddy depression – know as a mud bath or elephant jacuzzi. This happens for a few regions and is a fundamental part of their behavior. Being a large dark ungulate that enjoys grassland savanna, Buffalo are prone to parasite activity and as such old bulls will have a very patchy hide with clear areas that are hairless, cracked and sore. This is as a result of years of infestation and treatment by way of mud and wallowing. Buffalo will sit in mud and coat their bodies as both a protective barrier against the sun but also when the mud drys and hardens they can then exfoliate by rubbing themselves against a rock or tree stump. This helps to manage their parasite levels. Old lone bulls are often caked with the mud and have adopted the name “Dagha Boy” which is synonymous with old cantankerous Bulls. The name Dagha comes from the local Zulu dialect meaning mud.

The Buffalo of the Kruger National Park

The story for most large herbivores in the history of the Kruger National Park never started well. First they were hunted, then protected and then certain species were culled. This fait included the Buffalo. As a closed system the Krugers populations have often needed close management as seasonal changes and over grazing due to population size resulted in control. In 1964, a dry season count of the buffalo indicated that the species had surged from a couple hundred in the 1940’s to roughly 11,000 with nearly 2,000 being concentrated in the south eastern basalt grasslands around Crocodile Bridge Camp. Worried about over grazing and pressure on other species such as Wildebeest, Zebra and Impala, the park decided that soon culling of Buffalo would become necessary. The process of data collection and understanding the cause and effect of this decision began during the longest drought period on record in the late 1960’s. Despite these conditions it was revealed by aerial census in 1967 that the population had increased to nearly 16,000 Buffalo and this further increased to nearly 20,000 by 1970. As a result culling commenced and over the 23 year period from 1969 to 1992 the buffalo were allowed to settle to a population of 30,000 with between 5 and 10% culled annually to maintain this number.

Between 1970 and 1980 nearly 20,000 Buffalo had been culled throughout the Park at a rate of 12% to 20% annually. This was as a result of favourable rains proving the optimal conditions in the 70’s and the then Park Biologist Solomon Joubert had calculated that had they not managed the population it could have increased to well beyond 70,000 animals. So whilst Buffalo in the Kruger National Park indicate that they increase rapidly under good conditions they are also very susceptible to droughts and experience a dramatic fall off.

Of course Buffalo are a major prey source of Lion but it wasn’t always like this.  Long term research has shown that Buffalo only began to feature as recorded Lion Kills from 1964 and seem to have been almost completely ignored by the Lions as they preferred Wildebeest, Zebra, Giraffe, Kudu and Impala. From the 1940 figures which indicated 1% of all Lion kills being Buffalo this number escalated incredibly and by the 1970’s nearly 60% of all Lion kill sin the Northern portion of the Park were Buffalo and no longer the previously favoured Waterbuck. 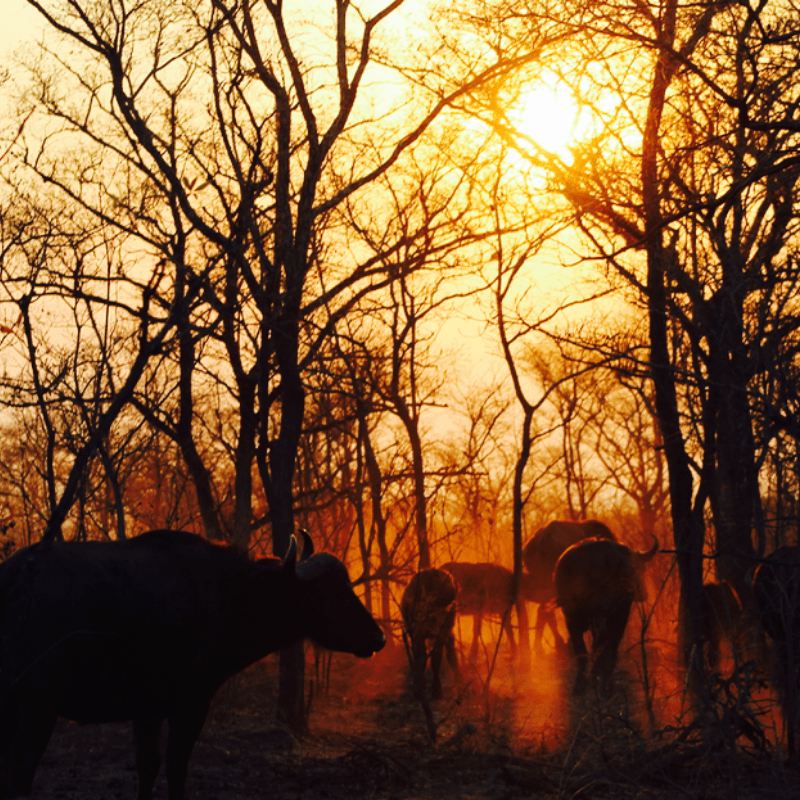 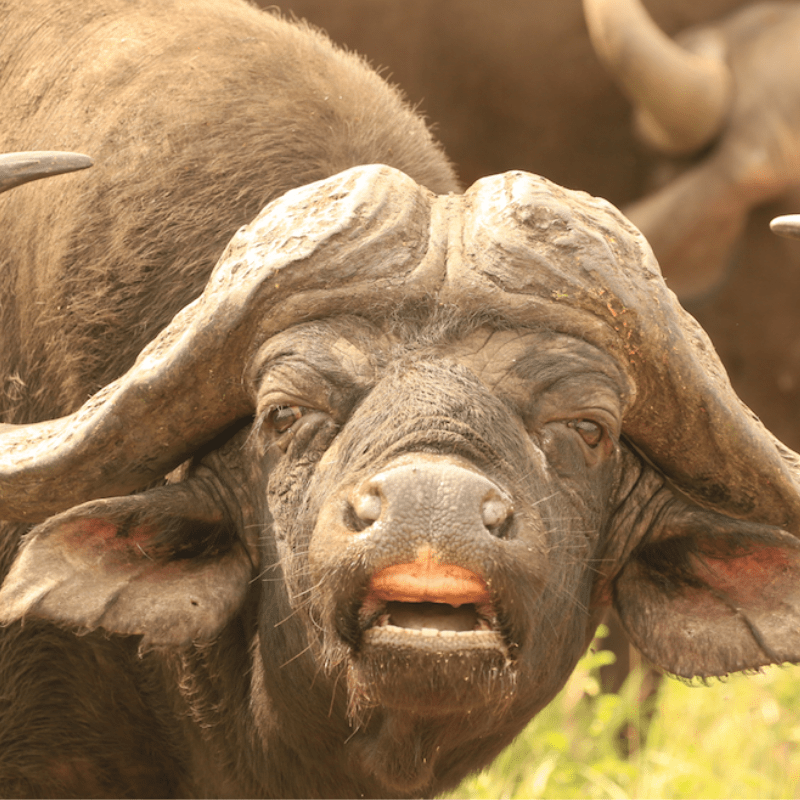 Left to right : Buffalo in the early morning sunlight, Old Bull giving a Flehman grimace as he asses the urine of a female, the buffalos best friend the Yellow-billed Oxpecker helping manage parasites. 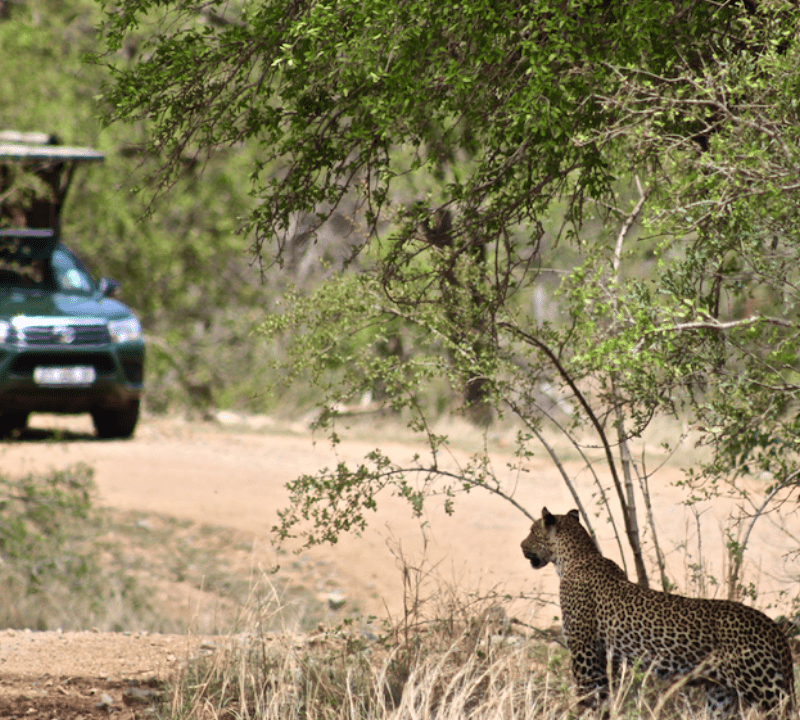 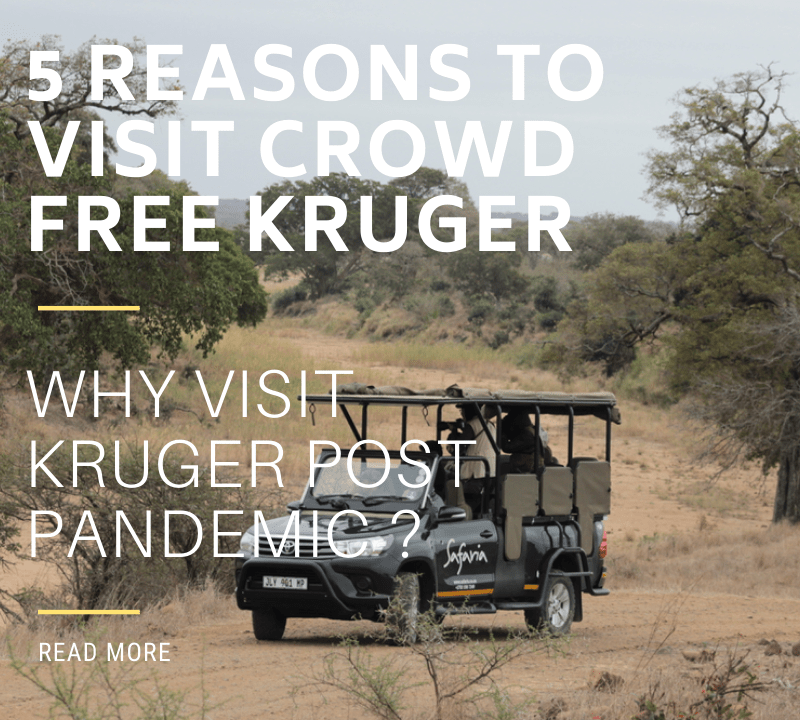