The name of this camp is derived from the Tsonga word Xingwedzi as a reference to the sound made by two metal objects rubbering against each other. Situated along the Shingwedzi river the camp is also known as the "circle of iron" which is illustrated in the original camp structure with circular bungalow arrangements. The camp offers stunning views of the river and surrounding alluvial flood plains with some of the biggest old tuckers in the Park found in the area. The relationship between the Camp and Elephants has been long standing with early visitors encountering them regularly in the the Camp. Many of the original Magnificent Seven Tuskers spent long periods around Shingwedzi.

The Camp is adorned with large clusters of Impala Lily and tall Mopane. The river is seasonal and forms part of catchment which results in occasional flooding. Shingwedzi in recent years had had to be evacuated 3 times due to heavy flooding with significant damage resulting in new rebuilt infrastructure. The flooding leaves fertile soils which contributes to the wide bio-diversity of savanna. 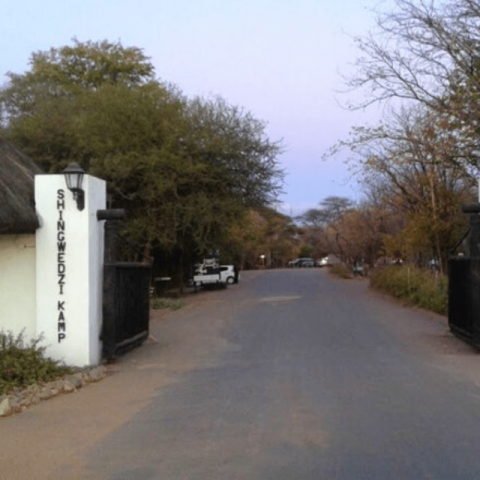 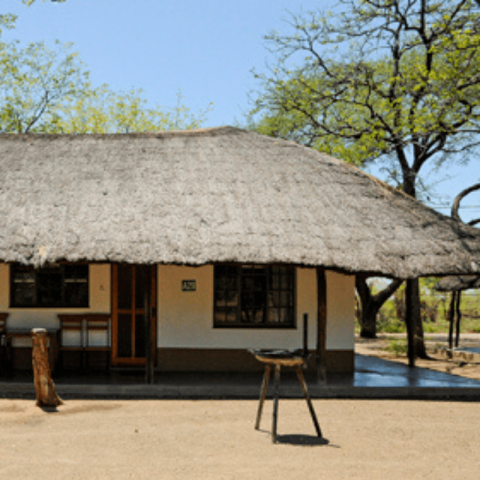 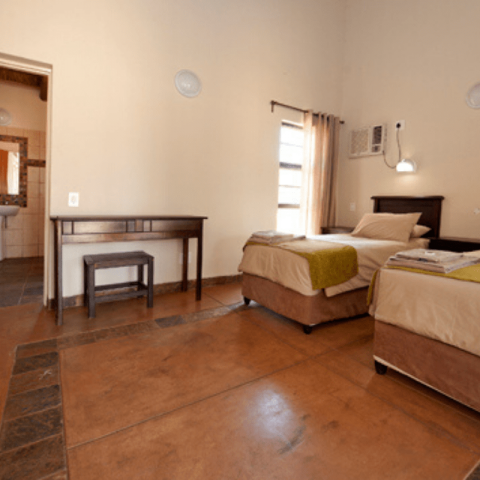 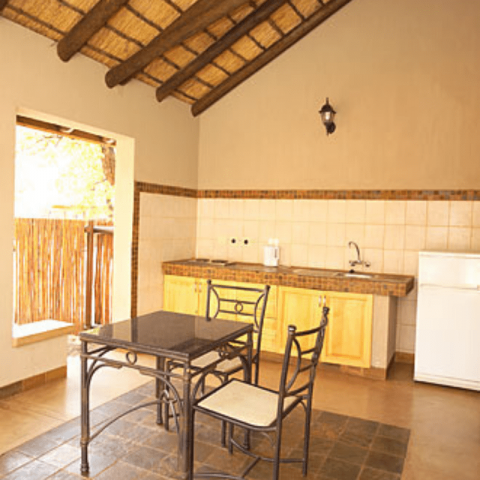 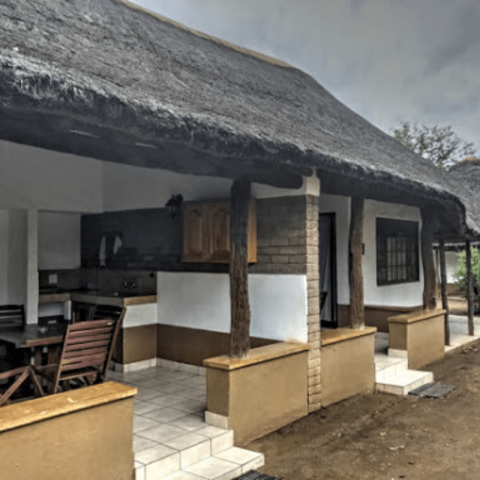 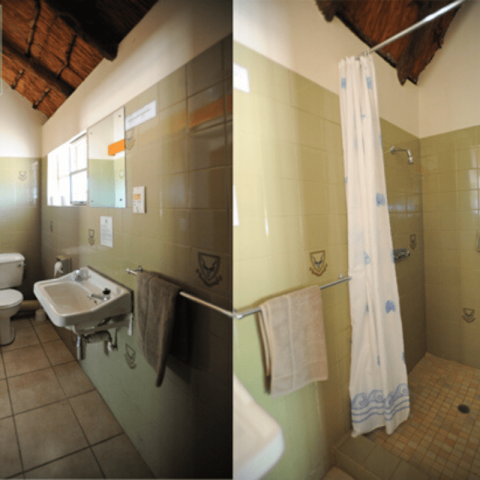 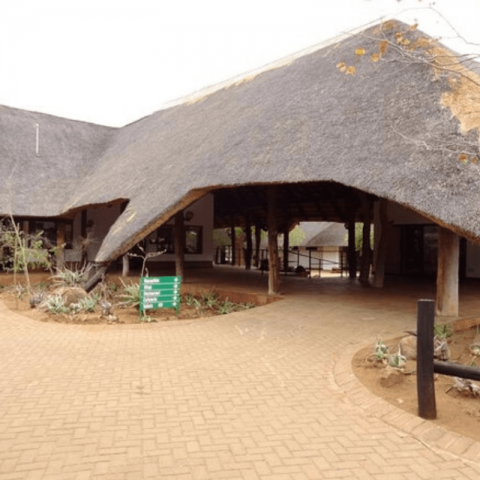 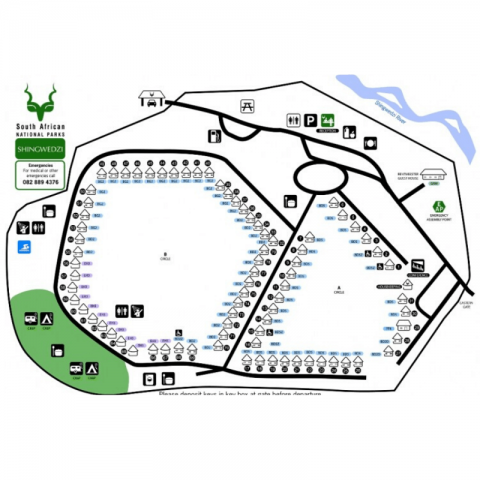 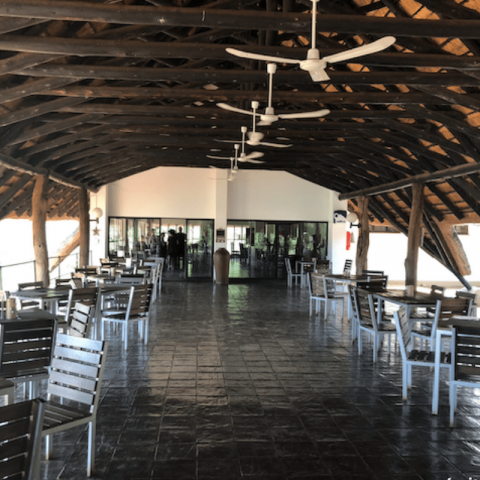 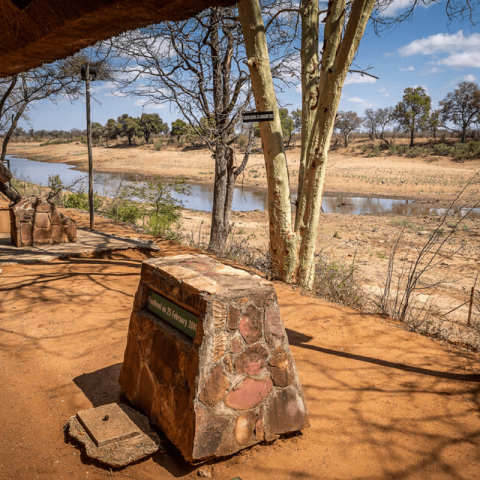 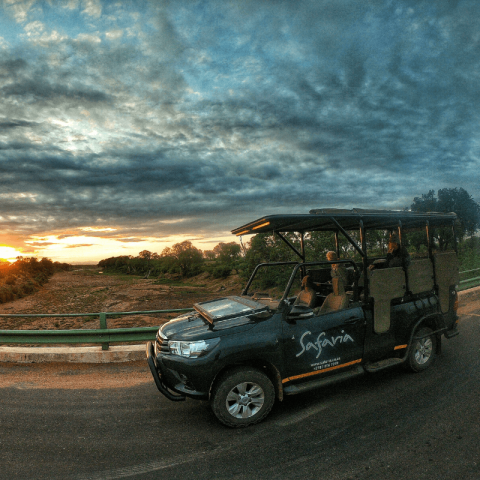 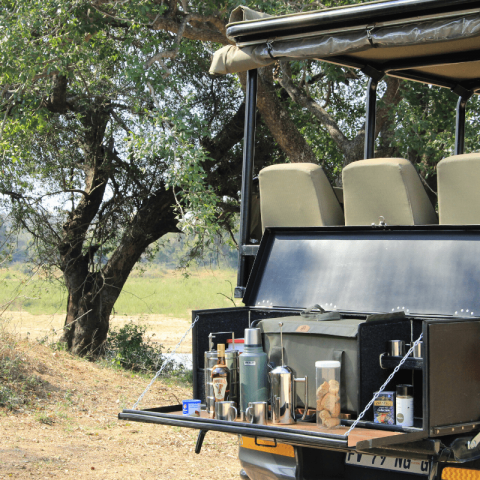